Wannsee is a locality in the Berlin borough of Steglitz-Zehlendorf, the westernmost part of Berlin. … 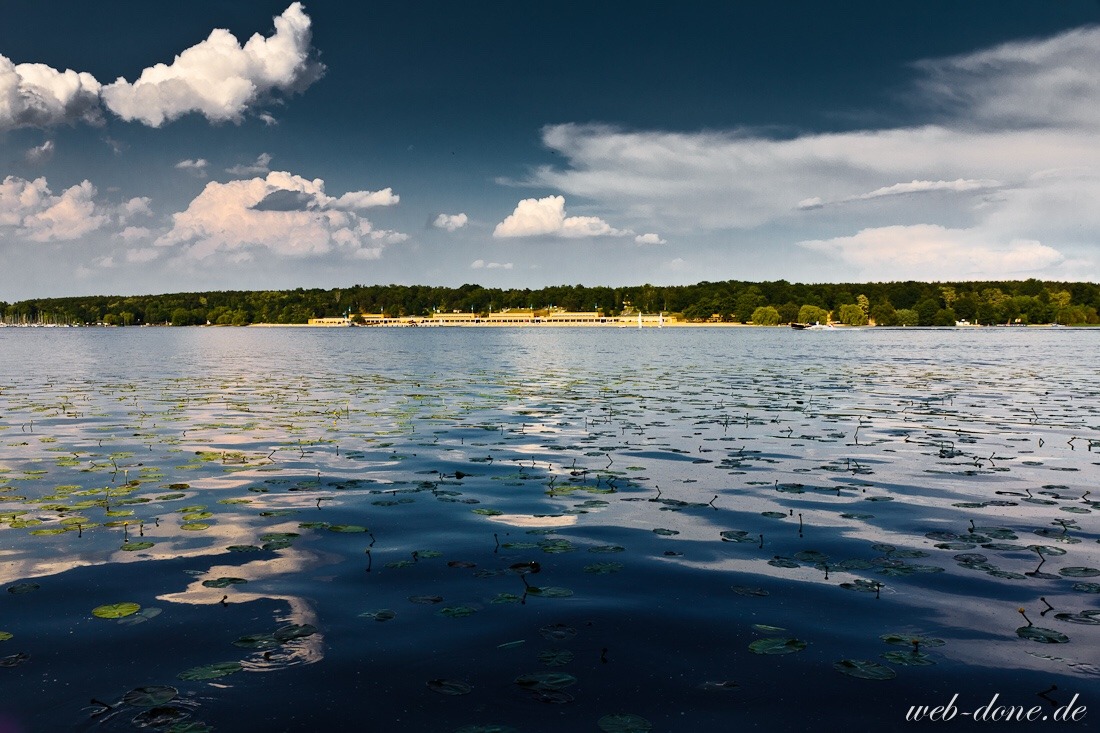 Wannsee is a locality in the Berlin borough of Steglitz-Zehlendorf, the westernmost part of Berlin. There are 2 lakes — the Großer Wannsee and the Kleiner Wannsee, located on the River Havel. The history of Wannsee as a sublime suburb of Berlin began when Great Elector Frederick William of Brandenburg ordered the construction of a hunting lodge, the Jagdschloss Glienicke. The castle remained for generations the hunting lodge of the Hohenzollern family and was rebuilt and expanded repeatedly. Today, it houses an institute for social education. In 1793, Prussian king Frederick William II acquired the Pfaueninsel (Peacock Island) in the Havel river and had a castle built for himself and his mistress Wilhelmine Enke in 1794–1797. Jagdschloss Glienicke and Pfaueninsel castle are both part of the UNESCO World Heritage Site Palaces and Parks of Potsdam & Berlin today. Schloss Glienicke was designed in neoclassical style by Karl Friedrich Schinkel for Prince Carl of Prussia in 1826. It used to be the summer palace. Together with the Russian style ensemble Nikolskoe around the church St. Peter und Paul on a hill on the banks of the Havel, it also belongs to the UNESCO World Heritage Site Palaces and Parks of Potsdam & Berlin. Wannsee is served by the Berlin S-Bahn lines S1 and S7. It is also a stop of some long-distance trains as well as RegionalExpress and RegionalBahn.